We are a Presbyterian and Reformed Church that is a member congregation of the Ohio Valley Presbytery of the Presbyterian Church in America (PCA). The PCA affirms the authority of the Bible and holds to the historic, orthodox Christian faith as expressed in the Westminster Confession of Faith as well as in the ecumenical creeds of the church, such as the Apostles' and Nicene Creeds. The PCA was formed in 1973 to be a denomination that is “Faithful to the Scriptures, True to the Reformed Faith, and Obedient to the Great Commission.”

To name something is to describe it and to articulate a purpose and vision for its existence. The name of our church reflects two great truths of the gospel: First, the gospel is good news of God's grace, his unmerited favor to those who deserve his wrath. Second, the gospel is good news of God's peace, the restoration of the relationship between God and man as well as among men. Therefore, the name of the church serves both as an anchor holding the church to the historic Christian gospel and as an engine propelling the church outward into the community. In a word, the gospel of God's grace and peace in Jesus Christ is both historically rooted and contemporary relevant. 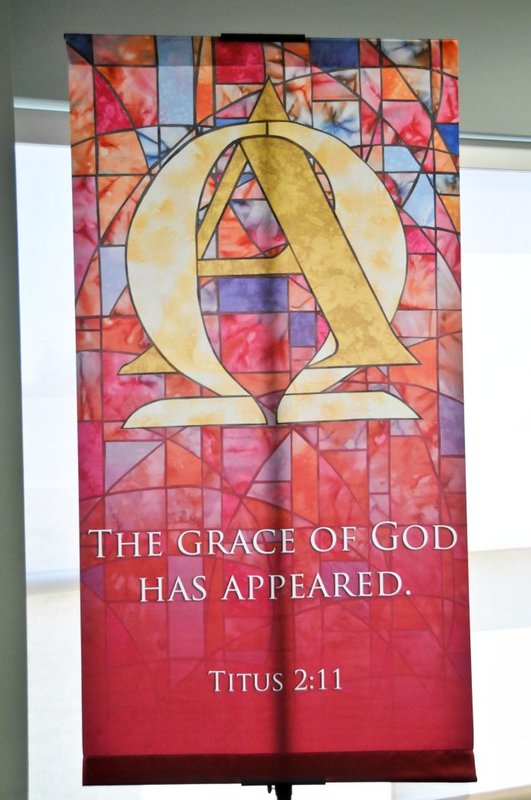 The message of Grace and Peace Presbyterian Church is the life-saving and life-changing gospel of God's grace and peace in Jesus Christ. The biblical gospel opposes both: self-saving "religion" (the attempts we make to live good enough to earn God's favor) and self-ruling "irreligion" (the ways we try to live apart from God because we believe either that he doesn't exist or that we don't need him). Through the gospel we recognize that we are more sinful and flawed than we ever dared believe and more accepted and loved than we ever dared hope at the same time. The gospel is the power not only for initial heart-change but also for ongoing life-change.

Grace and Peace is a church, Reformed in doctrine and Presbyterian in government. What we mean by "Reformed" is that our doctrine is the Biblical teaching recovered at the time of the Protestant Reformation and set forth in the Westminster Confession of Faith and Catechisms. What we mean by "Presbyterian" is that our church government is representative, with rule in the church being exercised by spiritually gifted men, elected by the congregation for that purpose.

Grace and Peace began as a Bible study in the fall of 2007, first studying Paul's letter to the Ephesians and then studying the book, On Being Presbyterian. In October 2008, the church began meeting for public worship. Grace and Peace continues to develop as God gathers and grows His people.  After meeting for the first few years in Edgewood and then for several years in Florence, Grace and Peace now calls Bellevue, Kentucky home as the church purchased the former Prince of Peace Lutheran Church building in December 2019.

On Sunday, April 24, 2016, Grace and Peace was recognized by the Ohio Valley Presbytery as a separate and particular church of the Presbyterian Church in America (PCA).  The church planter and organizing pastor was installed as the pastor of the newly organized congregation, and three men were ordained and installed to the office of ruling elder.

The Pastor - Rev. Lee F. Veazey, who was ordained as a teaching elder (minister) by the presbytery in June 2007, moved to Northern Kentucky in the summer of 2007 to serve as the church planter for Grace and Peace.  He was installed as the pastor of the church in April 2016. He is a 1988 graduate of Duke University and a 2005 graduate of Westminster Theological Seminary in Philadelphia. He and his wife, Michelle, and their children, Mary Lauren and Matthew, reside in Fort Mitchell.

The Church Session - A church session consists of the teaching and ruling elders of a local congregation who have been called by Christ through the election by God’s people to exercise oversight in that congregation. In addition to the pastor, three ruling elders are currently serving on the session.